Here’s a `Money-Back Warranty’, sort-of, when it comes to anyone abusing opiates in drugs derived from the poppy plant – opium, morphine and heroin: s/he will get into all sorts of problems and troubles within 12 months; 100% guaranteed… you can bet your house on it.

I hope you folks won’t mind too much that cocksure declaration. But this is something from my own experiences, observation of others plus various levels of research over the years. It may not be academic and have scientific rigour, or sanctioned by any relevant bodies.

But I’ve been there – I’ve been in that situation where one’s mind and body are under the control of a powerful and evil master called drug addiction… `penagihan dadah’ – a phrase that strikes fear in the hearts of parents, families and communities. Addiction generally means “lives moving towards destruction”; and “families traumatised, in misery, their present and future threatened”.

Just what is it that makes heroin addiction such a deadly enemy? Note that I have taken care to stress that the real problem is not heroin but the addiction. Some of you might be confused with this – “Why not villify heroin too, for isn’t it the same?”

No, the real problem isn’t the substance – it’s people who use them. Do we villify bacteria? No, because it brings good results too. Heroin – or diacetylmorphine – is favoured by many doctors as the prefered medication to help bring relief to someone in severe pain.

The problem are those people who abused it – myself included, of course. And this is part of the reason why I’m writing this particular post: hoping that the information and perspectives gained over the years might help readers “to understand better”. Maybe he has family members or subordinates who are addicted; and he’ll be in that same situation as thousands of others who, despite trying this and that to help, will see the affected person slide ever deeper into the morass of addiction.

[By the way, I was writing a different post – a fourth anniversary of my arrest and time in prison. Then I hit an emotional roadblock – a few actually. Despite discussing it with a few trusted advisors, I still couldn’t continue. That means “It’s not the right time yet”, so I’ll write about something else – this one]

I was first addicted to heroin during Form Five of 1976 (See last October’s post of The powder of joy. There was something after that but I can’t remember what month it was). Within three years, I was to see the insides of a mental ward, registration at two rehabilitation centres, the insides of three police stations and lockups, plus a prison too. And I hadn’t reached my 19th birthday yet…

CAPTION: From Phrases.org.uk – “monkey on [one’s] back”: Drug addiction, considered as a financial, physical, mental, and moral responsibility; the drug habit; lit., a strong addiction that one spends most of one’s energy to support. –Common addict use, now universally known.

The problem with drugs – and especially heroin, which is the most potent of all – is its addictive nature. It grips you mentally and physically – if you don’t take x amount after k hours since the last dose, the withdrawal process starts.

First, it’s just a feeling of tiredness while being irritable; and you’re not in the mood for anything else. This will get progressively worse until you reach a state where you can’t think of anything else. Your mind – and aching body – want only heroin… only heroin and nothing else will do! (See this scientific and technical information: What is Heroin?)

One of the things that I’m grateful for is that I did not neglect my preparation for the MCE. But my performance during the examinations in November was affected somewhat. There were a couple of mornings when I couldn’t get a dose of fit before I went into the examination hall (spiked in a Lucky Strike cigarette, with the paper kept moist to slow down the burn rate). And one of that was during the English Language paper – something that I – and my teacher and friends – had targeted for the perfect score of A1. I hope this doesn’t sound boastful, but it was something within my capability.

I was in slight withdrawal when the paper started; cursing the guy tasked to `adjust’ the stuff for four of us (He had gone to the pusher’s on my motorbike – a secondhand Yamaha LS3 100cc). He was delayed, and only arrived 10 minutes after the paper had started. He nodded at me and touched his shirt pocket – the heroin’s there. But it had to be after the paper… 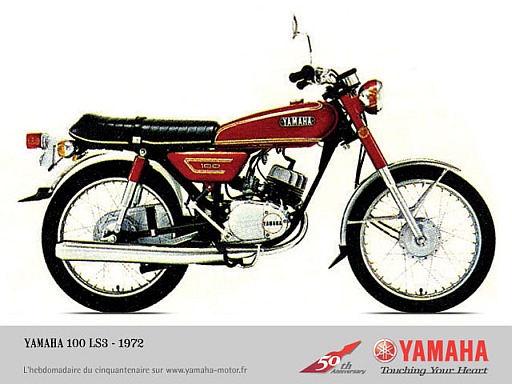 I was quite uneasy with writing the essays. The topics were okay (but I can’t remember what they were). However, I wasn’t happy with “the flow”. And it was maddening that my mind wasn’t fully on improving the essays – it was also thinking about the heroin in my friend’s pocket. Later, we learned why he was delayed – there were “strange people” (possibly detectives from out of town) hanging around in the vicinity, so the pusher had refused to sell.

Then the MCE results were announced about four months later. In my class (the last class), only two had obtained Grade 1 – and I was one of them, despite an F9 (Failed) in Mathematics which I had zero interest in. I and my family were happy with the distinctions (A’s): Bahasa Malaysia, History, Literature, Religious Studies. But it was bitter-sweet, for I obtained `only’ C3 for English. Suffering from withdrawal had definitely been costly. Two students from the top class – both of whom I had beaten during the trial exam – obtained A1…

I realised that Form Six was going to be a lonely affair – all my friends failed to qualify. There was an influx of new faces in the school – students from elsewhere who had excelled in the MCE and `were rewarded’ with a place at the premier Sultan Abdul Hamid College. And for the first time in my life, I was in a class that also had girls!

I had a lot of difficulties adjusting to life in Form Six. Actually, I never did. Without the comfort and security of having my Form Five friends, the Form Six block felt alien. During Lower Six, I never once spoke to any of the girls – what was there to talk about?

And I had only scorn and disdain for one particular boy who kept attempting to merhenyih (the people from the North know this term) with the prettiest girl in my class – Insun was her name. Maybe Sherry Nor-Jannah might retort with a Ni kes jeles kot?” Haha! NO, I just hate fakes. And I should know about this boy – we were in the same class for four years in primary school.

As an aside, there’s this thing that I should add despite it not really being too relevant to this post: about the “SAHC Prettiest Girl”. Four years later, in 1982 at a secondary school in Pasir Mas, I saw the Form Six girls for the first time. My mind immediately went back to this Insun – the `average’ (quite many of them) in this Pasir Mas school were already prettier than her. Sorry, Insun… and SAHC. And to the readers too: Not being sexist or what, but just stating a fact.

Anyway, during Lower Six from May 1977, I was just dazed and confused. The new environment was one of the reasons. But there was something a lot bigger – I was well and truly hooked to heroin. By that time, a large part of my time and energy were chanelled towards finding the wherewithal to obtain heroin.

It was a taxing situation to be in. I didn’t want to be using every single day, but with heroin the choice isn’t yours. When you’re addicted to it, you do its biddings… no two ways about it. Unless you want to suffer the excruciating withdrawal, of course. So if heroin says “Jump”, your response is “How high? I’ll do so now…”

It wasn’t a sustainable or tolerable situation for me but I just didn’t know what to do. I had acted cool; that things were A-okay. My elder sister was doing a medical degree overseas… the pride of the family and clan. And pretty soon, her younger brother would most probably be in England to study Law, and then return to also enter politics and work towards becoming an elected representative… that was what the father had voiced out hopefully a few times.

This only son, since Form Three, actually wanted to be a journalist and writer. But at that moment, there were other, more crucial things to face. Quite unknown to most people, he was in reality just a confused and perplexed teenager who was about to see how the vicious power of addiction was going to crush and mangle him, and dissolve all those high hopes placed upon his unworthy shoulders.

Had changed the blog's theme to make it more mobile-friendly. I believe nowadays more readers use smartphones and tablets to access the internet and blogs instead of laptops and desktops.

Posts In This Month